In the past year or so, I’ve been working with my sister Ainé on several community engagement projects in Germantown, a neighborhood located between Mt. Airy and Nicetown in Northwest Philadelphia. After working on our own and doing solo projects for years, we decided we needed to engage the larger community and inspire other block residents to take action. First, we reorganized our block, working closely with neighbors to make improvements on our street and implement real, meaningful, visible change. Then, we established new leadership. In early 2011, both Ainé and I became official Co-Block Captain’s alongside another long-time block resident. The city’s Block Captain program is organized by the Philadelphia More Beautiful Committee (PMBC), part of the Streets Department’s Sanitation Division.

This weekend marks a big turning point in our work, which we’ve (slowly) documented on our blog: www.rocklandstreet.com. Ainé is launching a new project called Grow This Block! – a back to basics approach to improved quality of life. Follow the links below to read about our block-wide planting project, which will be held on Saturday, May 28 and learn more about the ideas behind Grow This Block! 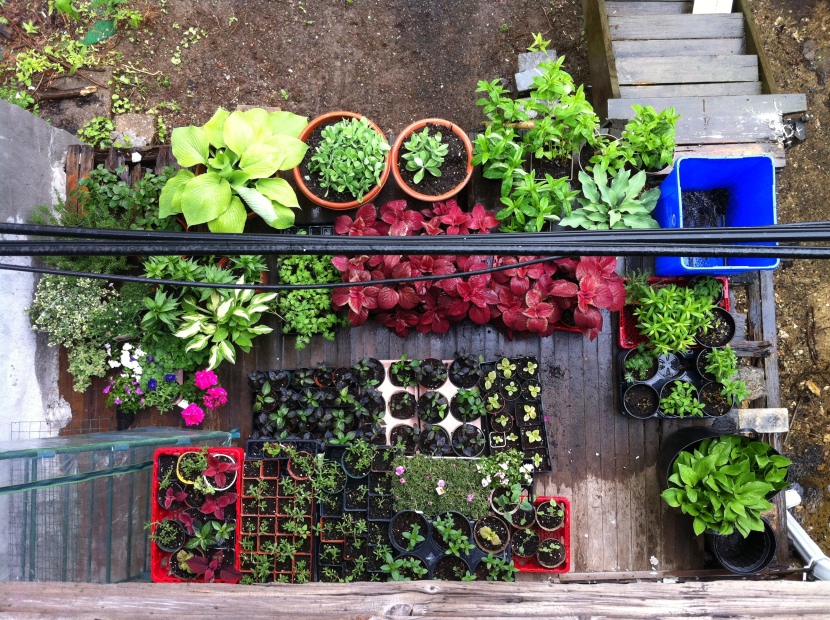 Ainé's been growing plants from seed in the backyard for Grow This Block for months!

Me after having two impacted wisdom teeth removed, ill timed and unplanned. This following a hellish pericoronitis diagnosis that swelled my face and gave me a speech impediment, in the middle of one of the busiest weeks of year. Managed to get through Small Business Saturday festivities with @germantowncdc including a walk about with @phillymayor. Surgery a week later! Something Amazon is good for: I ordered this face wrap ice pack the night after surgery. It arrived the following morning. @alison_crouse put the packs in the freezer before I woke up. Total game changer. Advice: Go to the dentist more often or else 😣🦷🦷❤️‍🩹
Still blooming. My garden on Oct 14 🤩
“It’s a miracle to realize that somebody loves you.” A looksy at our wedding, three months ago today, July 9, 2022. Quote from the great James Baldwin.
gardens at @wyckhouse 💚 #vivagermantown
I’m getting married here this summer. Final walkthrough with @alison_crouse and our caterer ✨🌈❤️